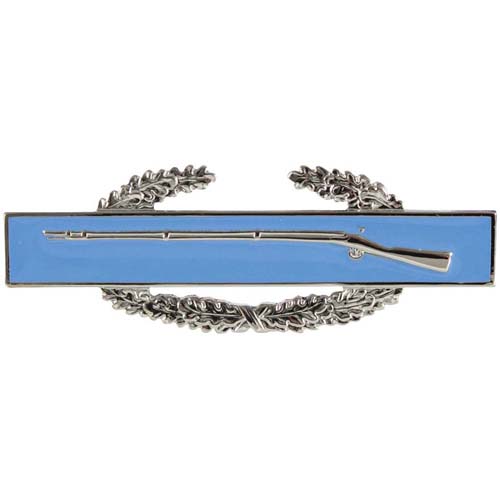 The Combat Infantry badge is an important badge and has great significance when it is awarded to individuals. This badge is generally awarded to those who are part of an infantry or special force soldiers. These men will be in the rank of Colonel and those below them, who have personally fought in the active combat as an assigned member either as a ranger, infantry or special force unit. This badge was created during World War II to boost the morale of those who served in the infantry. The Combat Infantry Badge signifies the sacrifices these military men have done in comparison to the other military staff. These men and women of the infantry face a great risk of being killed or wounded while in action.