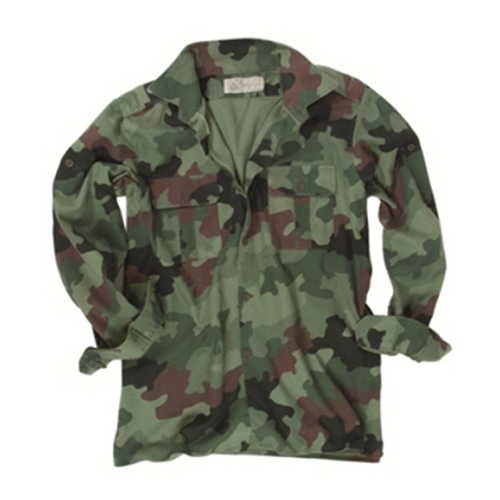 The Serbian Army Field Shirt is an authentic military surplus shirt from the Republic of Serbia. These field shirts feature Serbian woodland camouflage, which while similar to USGI woodland it is uniquely Serbian. This camouflage pattern is different enough that to some it will appear to be a "military style" shirt created by a fashion line, yet these are authentic Serbian army shirts.