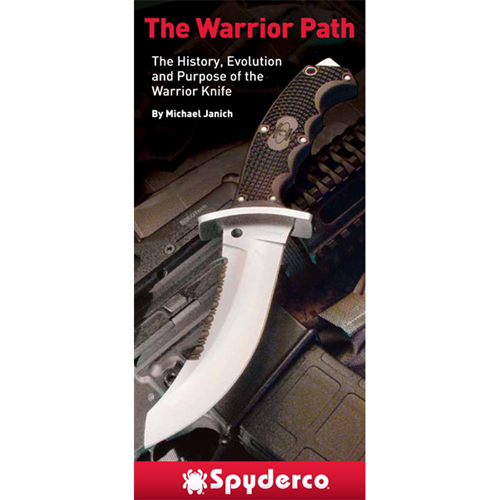 The Warrior knife is one of the most iconic combat knives ever produced. Its 30-year evolution is also one of the most fascinating tales in the knife industry and a story that has never been fully told'until now. Through in-depth interviews with the design's original co-developer, Bob Taylor, and extensive research into the archives of Black Belt and Soldier of Fortune magazines, noted author Michael Janich traces the real history of the Warrior from its inception in the late 1970's to its culmination with Spyderco's new state-of-the-art expression of the design. The Warrior Path leads you step by step through the extraordinary evolution of the Warrior design, including the design influence of the late Michael Echanis, the early custom-made Warriors, the famous Al Mar version, the REKAT Hobbit, and the current Spyderco Warrior designed by Israeli martial artist Guy Rafaeli. This history is fully illustrated with nearly 100 color photos of nearly every variant of the Warrior ever made, including several rare, never-before-seen knives. It also provides revealing insights into the dynamic personalities behind this design and the computer-optimized features that make it such a devastating close-combat tool. The Warrior Path sets the record straight and, like the Spyderco Warrior knife, sets a new standard of excellence in the knife industry. Softcover, 75 pages, color photos.