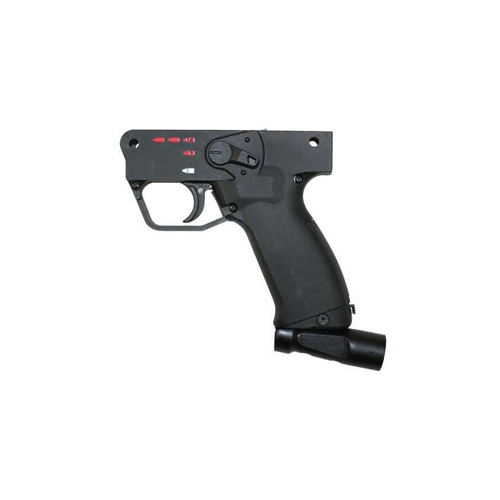 The all new Tippmann H.E. (Hall Effect) E-Grip for the A5 incorporates a unique, magnetically activated Hall-Effect Trigger that can fire as many as 15 balls-per-second which is the (New ASTM Standard), as well as an external selector switch for changing modes on the fly.

The Tippmann A5 E-Grip features an External Selector Switch with three positions, making it easy to quickly change firing modes while on the fly. Using the A5 E-Grip, players will be able to select between three different modes - safe (S), fire (F) and special firing (FA) - with just the flip of a switch. In all, the A5 E-Grip features five special firing modes, one of which can be assigned to the FA position on the external switch.

The Tippmann A5 E-Grip special firing modes include semi automatic, turbo, three-shot burst, automatic response and full safety automatic.
Reviews
Success! An email will be sent to you as soon as this item is back in stock.
Ooops. There was an error processing your request. Please contact customer service.