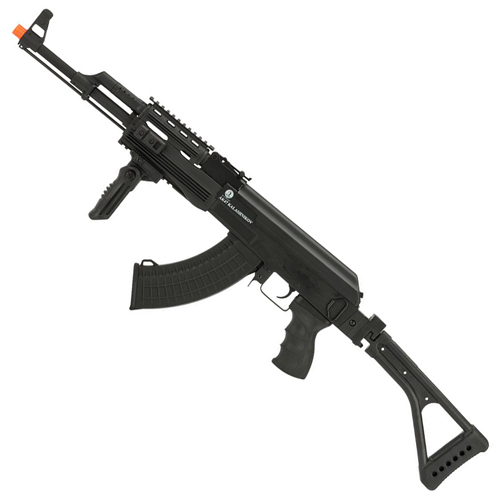 Celebrate the 60th anniversary of the Kalashnikov AK47 with this limited edition AEG from Cybergun! This officially licensed replica is equipped with all the features that have made the AK47 the famous weapon of the 20th century. It has a full metal construction, including metal gears and a metal gearbox, metal front sections, metal bolt cover, and a metal high capacity 550rd magazine. This tactical model is made even more versatile with a folding stock and RIS handguard, allowing for optic attachments. The package includes an 8.4V NiMH stick battery as well as a folding foregrip.