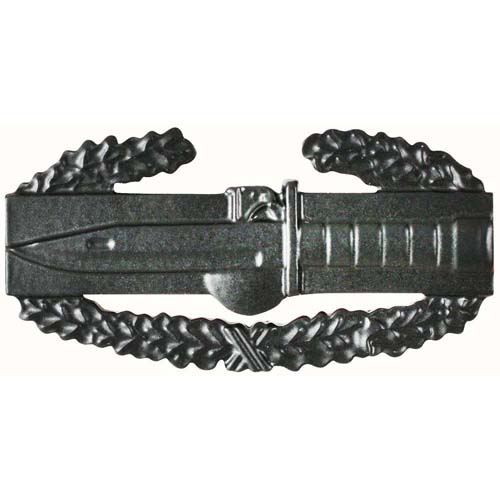 Combat Action Badge is worn by U.S. Army soldiers. It is one of the most prestigious Military badges. It is made up of black metal. The rectangular bearing a spear surmounting a grenade is supported by an Oak wreath. At the top there is a small gap between the two edges. Stars are added to the gap at the top of the badge to indicate succeeding awards. One star is added for the second award; two for third award and for the fourth award, three stars are added. UF1730 Combat Action Badge is awarded by the Army commander delegated power by the secretary during war time.