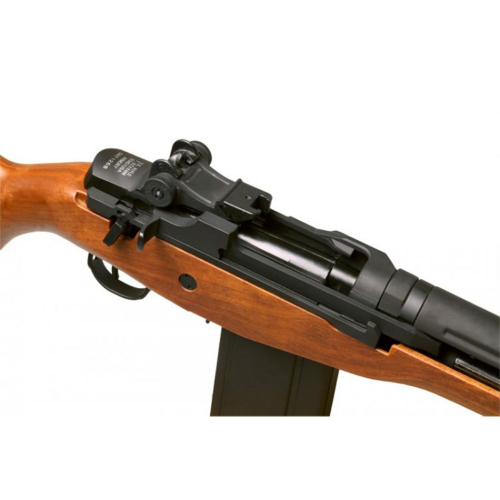 The M14 was the standard issue US military rifle for a decade before being replaced by the M16. Because of its superior range, power, and reliability, this battle rifle is still being used in the front lines by designated marksmen. The Echo 1 M14 is the clone that you've been waiting for. It has it all; looks, performance, reliability and compatibility. The look and feel of the Echo 1 M14 is solid, much like the Tokyo Marui and G&G M14. The internals have been completely re-engineered and cleaned up, making it totally compatible with after market upgrade and replacement parts like Systema and Prometheus. The UTG and AGM M14 don't even come close to competing with the Echo 1 in the way off engineering, performance, and compatibility with parts. The stock is large enough to house a large 8.4v battery so you can play all day without stopping to recharge. The Echo 1 M14 is without a doubt the BEST airsoft M14 on the market for your money..

Air Gun Cleaning KitSKU: GAM1093$29.99
Reviews
total price
Success! An email will be sent to you as soon as this item is back in stock.
Ooops. There was an error processing your request. Please contact customer service.