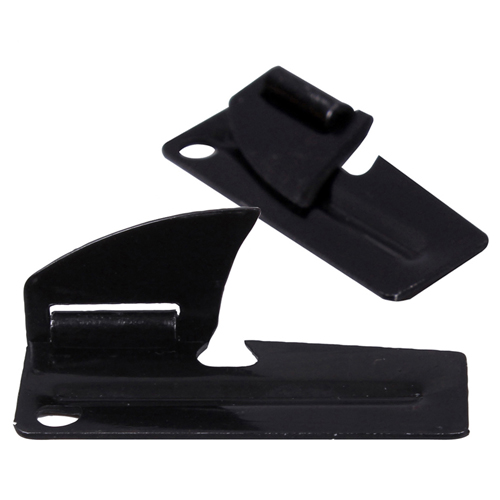 The P-38, developed in 1942, is a small can opener that was issued in the canned field rations of the United States Armed Forces from World War II to the 1980's. Originally designed for and distributed in the K-ration, the can opener was later included in the C-ration. This small but useful tool that has been used by generations of military personal is a great addition to anyone's survival kit!